Sylvie and James Fawcett both trained at the Newark School of Violin Making and went on to combine forces in a joint workshop established in 1983, very quickly establishing a reputation for fine new instruments as well as high class repairs. They have a joint approach to any major work – unlike many maker couples who tend to work separately, their new instruments carry a joint label: experience has shown that even an informed eye is unable to distinguish between their work on the same instrument. The route taken by each towards this point was however somewhat different: 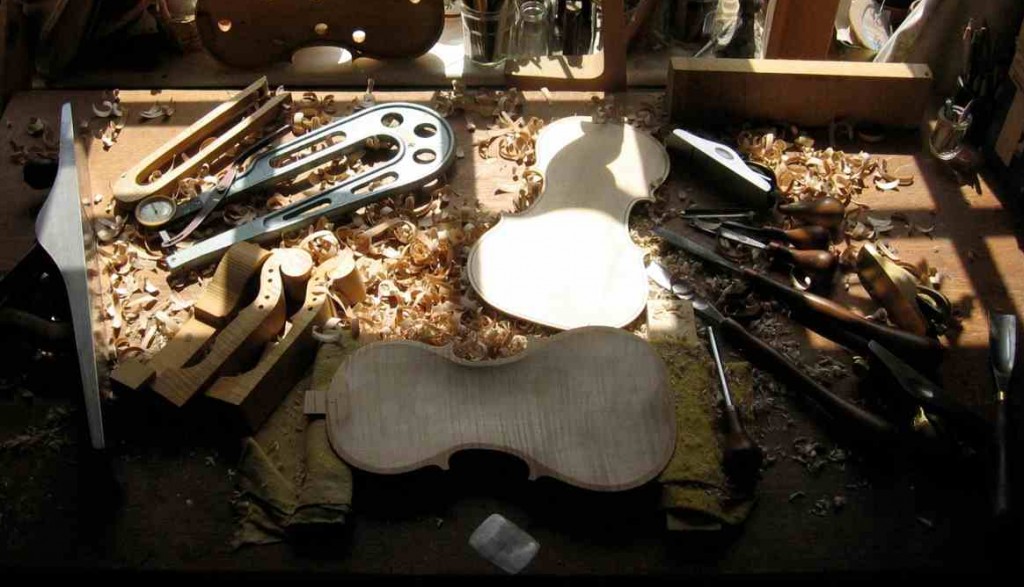 Sylvie (née Flory) was pursuing intensive under-graduate studies in maths and sciences at the Lycée Janson de Sailly in Paris when she decided on a radical change of direction: she left France for rural Norfolk where she first spent time gaining woodworking experience, before spending a year in Cambridge with the violin maker Juliet Barker. Entering the Newark School in 1980, she left three years later with a diploma with distinction, and the Ralph Oakden Cup, an award won the preceding year by Karsten Brejnbjerg Christensen, and the following by Patrick Robin.

James graduated in 1979 with a BMus degree from University of London, Goldsmiths’ College where, as well as specialising in music of the baroque era, the viola was his principal study with Marjorie Lempfert. He went on to the Newark School of Violin Making , gaining a diploma with merit in 1982.