Our making style is closely based on classical models from Cremona and Venice, aiming for instruments with ease of response and a broad but focussed sound. Whilst our models are not usually exact copies of a particular instrument they are inspired by originals that we have had the opportunity to examine and where necessary measure in detail ourselves. 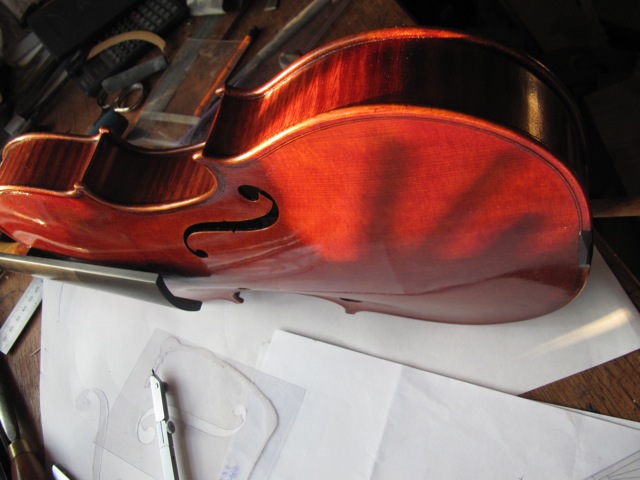 Our recent violins are derived from instruments by Pietro Guarneri of Venice: there was a thriving community of makers in the city, which Pietro Guarneri joined when he left his native Cremona in the mid 1720s, bringing with him the heritage of the Cremonese tradition to add to the Venetian cultural melting-pot. The Venetian makers had assimilated a variety of styles, including that of Jacob Stainer (d. 1683, Absam, near Innsbruck). Whilst their work is more robust than that of their 17th century predecessors, the Venetians often display a flare for curves and more daring archings than their more constrained Cremonese contemporaries. 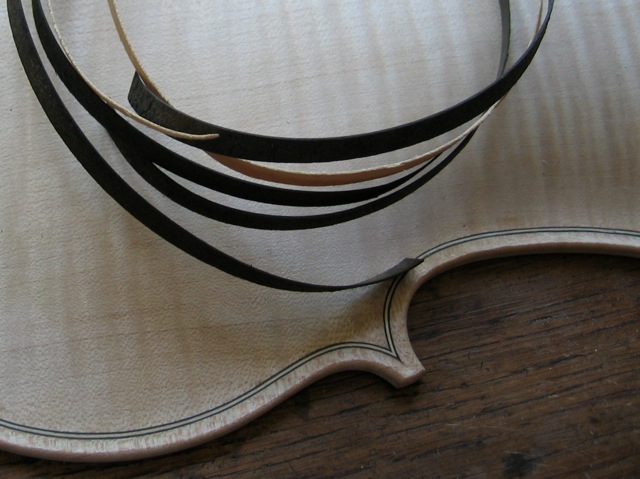 We make a number of different violas. The A & H Amati of 1615 formerly played by the English player Harry Danks has been our model for a number of successful instruments, the head of one is pictured here in baroque form. The brothers Amati made large tenor violas, like their father Andrea, with a back length of 18″ (457mm) or more. Many of these have subsequently  been cut down to more manageable sizes. However A & H Amati are thought to have been the originators of the first Cremonese smaller ‘alto’ model, and this one has an unmodified back length of just over 16 1/4″ (413mm). The ‘Harry Danks’ (as we shall always think of it) has now been acquired by the Walter Stauffer foundation and is on permanent display in the city of Cremona.
We are currently working on a new ‘English’ model viola, loosely based on instruments by Benjamin Banks, with a back length of around 15 1/2″ (394mm). 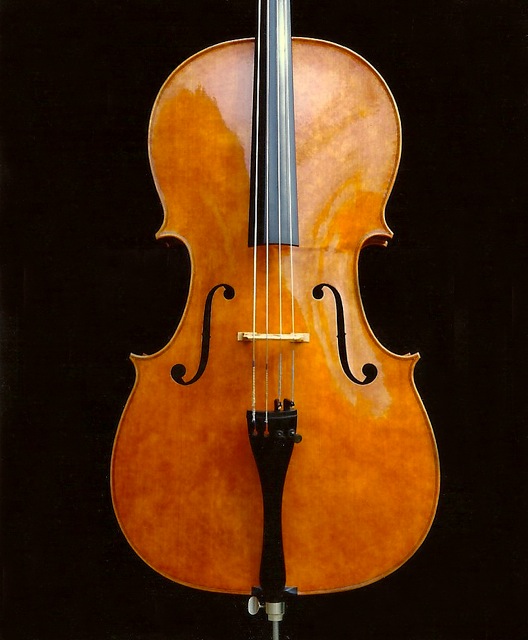 Two of our cello models are after originals by Pietro Guarneri of Venice; one is standard size, and the other is a 7/8 size instrument: it is thought the explanation for the making of the exquisite original might be a commission from the Ospedale della Pietà, the convent where orphan girls received musical training directed by Antonio Viivaldi.
Under consideration are two further models – another larger format Pietro, and a smaller full size instrument which, like our smaller viola, takes some inspiration from English models.